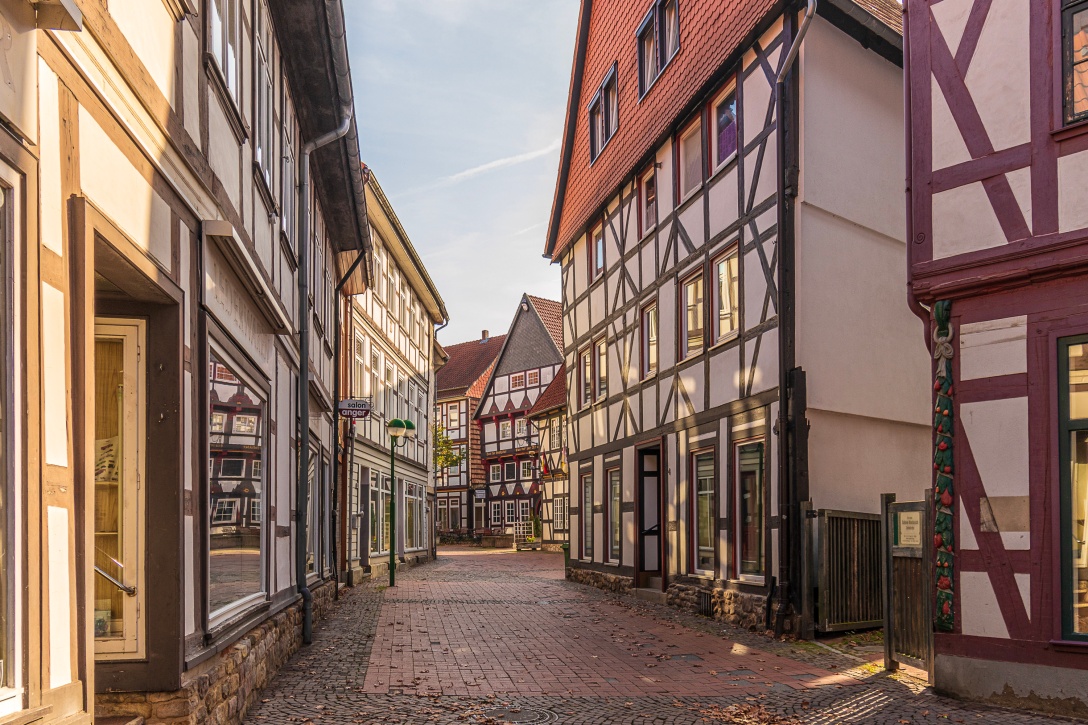 Here in Osterode, Fachwerkhäuser, or Half-Timbered Houses, are quite a common sight, especially in the towns Centre. In fact, I currently live in a Fachwerkhaus.

Fachwerkhäuser are actually quite a beautiful sight. Sometimes, their wooden frames are decorated quite intricate. Some are even slightly colourful.

I absolutely love Fachwerkhäuser. Every single one is different, and not one is alike. Since they are mainly built from wood clay and straw or wood and bricks, Fachwerkhäuser are actually quite alive in themselves.

Since most Fachwerkhäuser were built Centuries ago, some of them are actually quite crooked. But that is another thing that makes them so unique and beautiful. None of them are perfect. And I absolutely love that.

I actually think that Fachwerkhäuser are a part of what draws tourist into Germany. Some even expect to see those in larger cities. But most of them were destroyed during the War or during several Great Fires in the 19th Century, like the Great Fire of Hamburg.

Here around the Harz we have quite a few Fachwerkhäuser left over tough. And they are definitely worth a visit, maybe even a short Road Trip.

Robin is a Guy from Germany with a Passion for everything Photography and Travelling from the Harz. On his days off, you most likely find him out and about in the Harz Exploring or collecting those Wandernadel Stamps with a Camera around his neck. View all posts by Robin Hogreve

A few Motorcycles at the Sösetalsperre.
Yesterday at the Carler Teich in Zellerfelds Kurpark.
Another me on another frozen Teich.