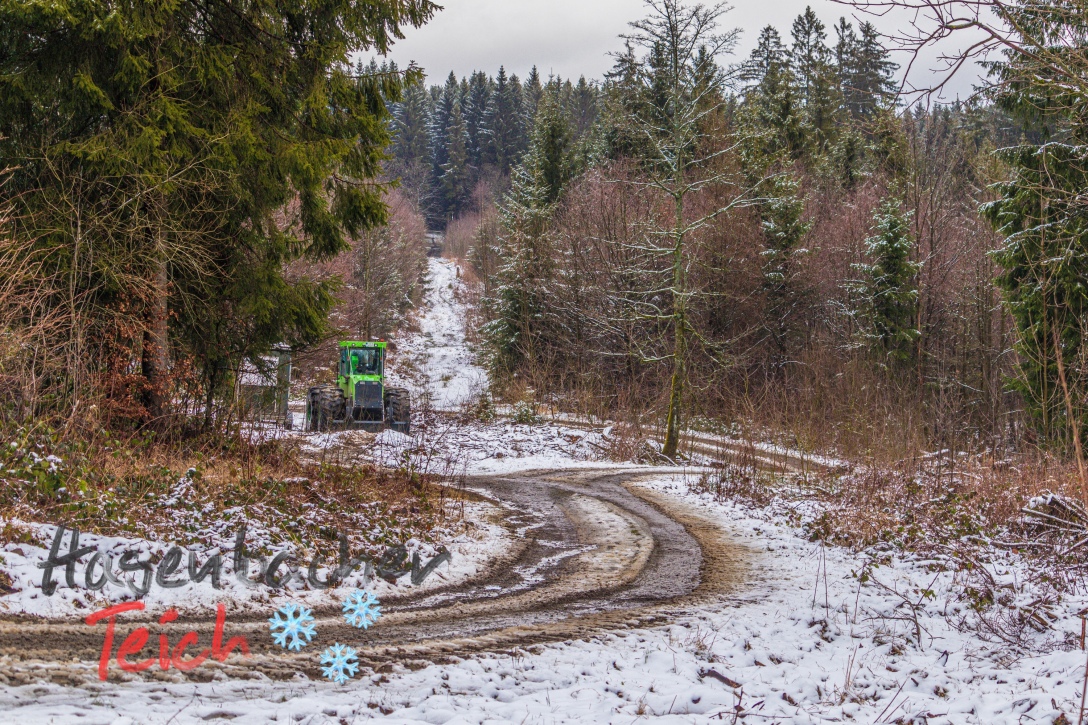 Today, just before my Economics Exam, I just had to step out for a few minutes. I decided to go down to the Hasenbacher Teich near Buntenbock.

I chose that Place mostly because there was some snow. And I thought it would make some nice Pictures, which it did. But because the Snow was quite melty and sloshy, it was more of a Snow Slime on the Path to the Teich.

My Shoes were soaked within a few Metres, and it was extremely cold. But that did not stop me from getting my Pictures.

It did force me to stay way shorter than I first wanted though. But luckily, I had an extra pair of Shoes in the Car.

But enough about that. I really like it to spend some Time at the Hasenbacher Teich every now and then, and except for my cold and wet feet, I enjoyed it there today as well.

I also think that I found a Spot for a Photo Idea that I have bubbling in my head lately. With a Pocket Knife.

While I was driving to the Hasenbacher Teich, I saw a Fox running across the Street. When I arrived at the Teich, there was am cute Dog. But when I wanted to take a Picture, all the animals were gone.

And so I left the Hasenbacher Teich to head into Clausthal and take that Economics Exam.