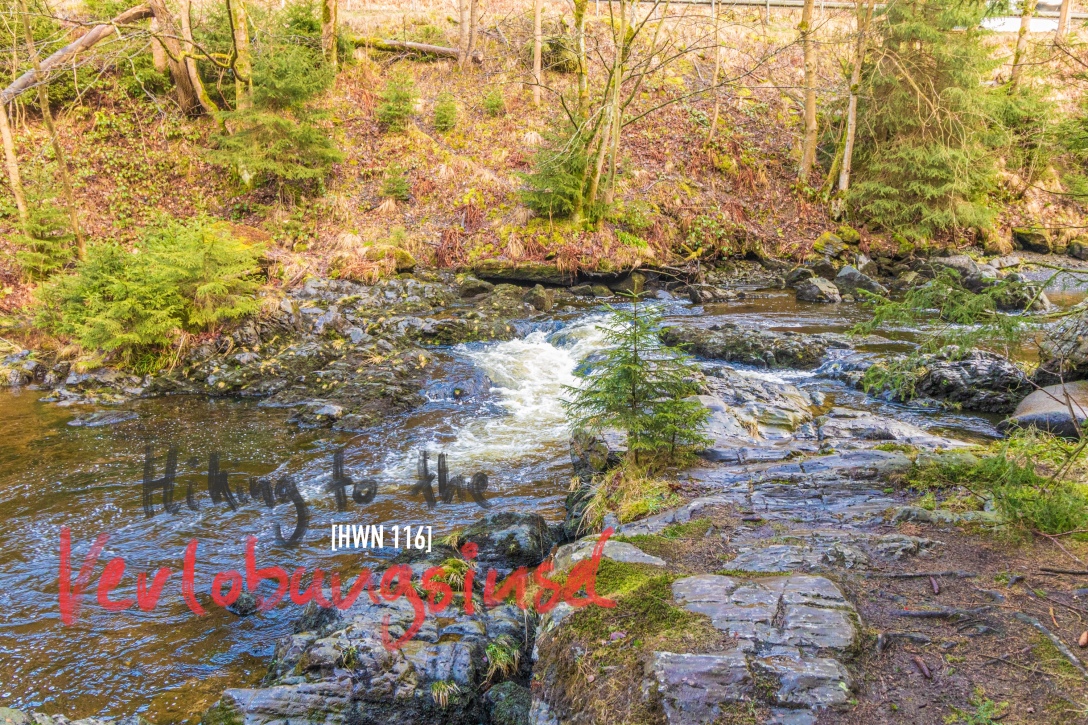 Today after work, some Friends and I spontaneously decided to go on a little Hike in the Harz once more. Since we had not done so in quite a while, we only went for one Wandernadel Stamp this time around.

We quickly decided on the Verlobungsinsel, numbered 116, located in the Okertal between Romkerhall and Oker. And when we arrived there, it had just stopped raining.

The downside to that bit of rain that had just passed was that the Path was very muddy, and the Rocks where just slightly too slippery for my liking, but we actually had a lot of fun getting to the Verlobungsinsel.

And while our destination was only about 1.5km from where we parked our Car, it took us way longer than we had anticipated. That was because we had to climb across those slippery Stones. We also tried to avoid the muddiest spots.

At the Verlobungsinsel, we then got our Wandernadel Stamps and had something to drink. After a while then, we decided to continue our Hike towards the lower part of the Okertalsperre to get to the Road to get back to the Car.

During most of the time, the Oker rushed past us below the Trail. During the warmer months, that little River is home to many Kayakers enjoying the Rapids, but in the Wintertime, the place is pretty much abandoned. Also, the Rapids die down in the Reservoir.

After crossing that Dam, we walked on a very narrow Path next to the main Road. But that was definitely way safer than the Road itself, since People in the Harz tend to drive slightly faster than they probably should.

After a while, we were back at the Car to head back to Clausthal, where I dropped of my friends. And then I drove back home.

It was awesome to Hike in the Harz again after over a Month of not doing so. And even though it was not the perfect Adventure, we had a lot of fun.

We had so much fun that I totally forgot to stop recording my Hike on Komoot, after I had already recorded the first part and accidentally stopped recording. Also, I only had one almost dead Battery in my Camera. And I had forgotten my spares at home.