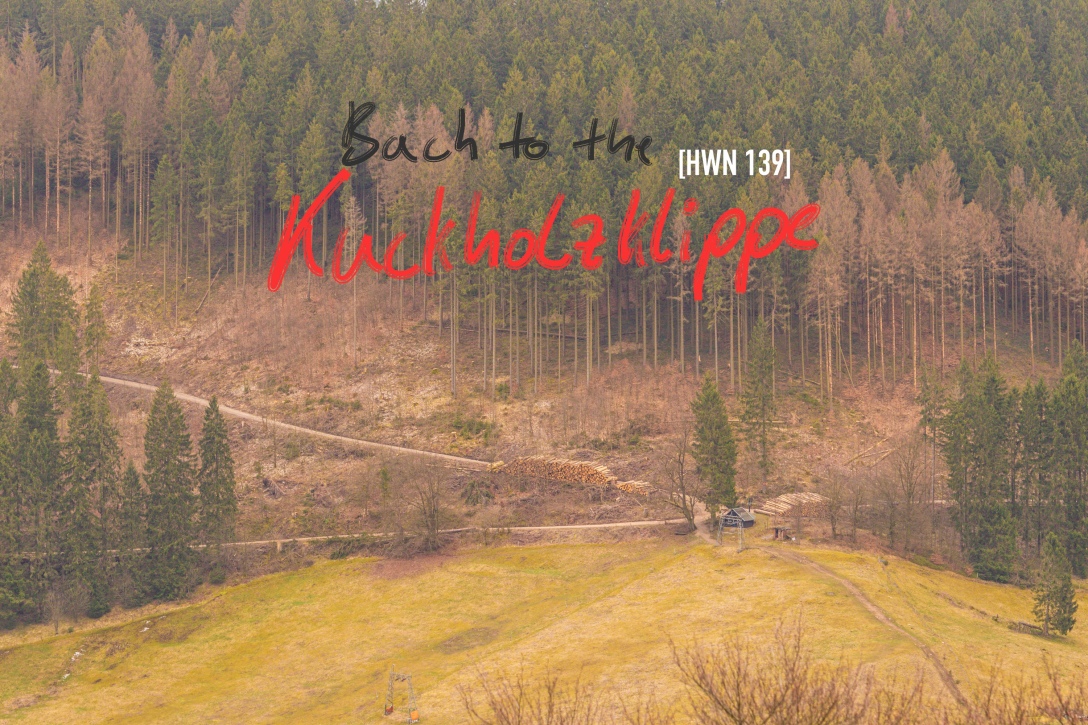 Back in 2018, I hiked to the Kuckholzklippe from Buntenbock. It was actually my first ever Stamp in my Wanderpass.

And even though every Stamp only counts once, I today decided to go there again. A lot has changed at the Kuckholzklippe, a lot of Trees that once blocked my View from the Viewing Tower where gone. I do not really like that, but the View was really good.

This time around, I parked my Car on the side of the Road just about 700 metres from the Kuckholzklippe. So I really did not have to go far at all. It was still nice to be outdoors though.

And it was also not as easy of a Walk as one might think. The Path was very muddy and slippery. I was able to avoid the biggest Puddles though.

And since a lot of the Trees that once where there are now gone, I was able to look all the way down to Osterode and all the way up to Buntenbock. The View really was spectacular.

I would have stayed up there longer, but after a while some other Hikers appeared at the Stempeln, and they looked like they also wanted to climb that narrow rickety Staircase that leads up to the topmost Viewing Platform, so I made my way back down.

While descending from the Viewing Platform on top of the Tower, my fear of heights then set in a little, and I was off the Tower faster than I was up. It was definitely worth it though.

I had a great Time walking through the Woods today. And even though my visit to the Kuckholzklippe was short, and while it does not count towards my Wandernadel any more, it was nice to be in Nature. And some fresh Air was also good.