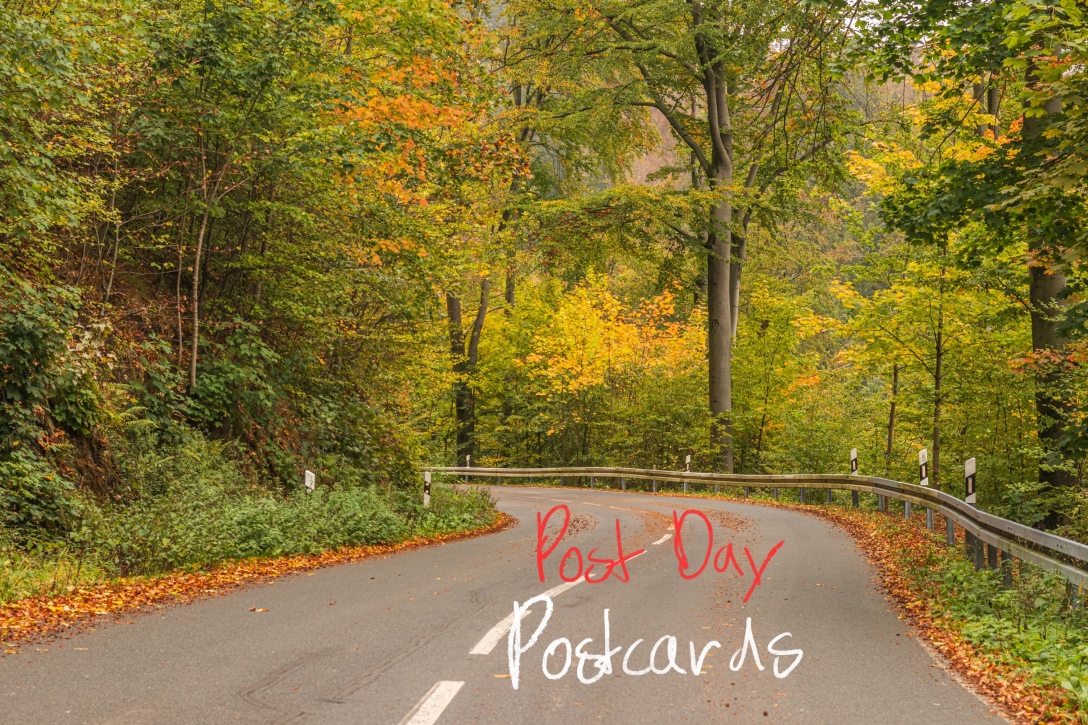 Every Year on October 9 is World Post Day. It is held annually since 1969 to highlight the importance of Postal Services.

And even though Emails have long replaced Snail Mail in most day to day Communication, Post Offices still have their Place in our World.

I love it to make my own physical Postcards and send them to Friends and Family all over the World. And that would be completely impossible without the humble Mail Carrier.

And I really would not like it if that would go away. Sometimes, nostalgic things really are the best.

And since I made most of the Postcards I have ever sent myself, I have pretty much total Control about how they look. And that is awesome.

It is also quite easy to make Postcards. All you need is a printed Foto and some Cardboard to reinforce the Print. I also use Stickers that give you a standard Postcard back, but those are not necessary.

I made my first ever Postcard to send to some Friends in Canada that I know would have enjoyed to spend some time in Hamburg with me. And they like it.

Since then, I have made quite a few Postcards and posted them to all over the World.

Sending Postcards definitely is not the cheapest way to share Fotos with someone. They currently cost 95 Cents here in Germany to everywhere. And that really is not a low Price.

But it is still less than what I paid when I send Postcards Home from Canada, where it was 2.5 Dollars (plus Tax) back in 2014.

But a little more about the World Post Day. It was first declared in 1969 by the Universal Postal Union, which was founded in 1874 to organize international Cooperations between National Post Services.

Since 1948 the UPU is an Agency of the United Nations, what makes the World Post Day a UN Observance.

And even though it is not really celebrated broadly, we should take some Time and recognize the importance of Postal Services.

Especially for sending around Postcards and other personal Notes.

Now I only need some new Paper for my Foto Printer. Also, I just realized that I missed World Postcard Day 2020 on October 1st.