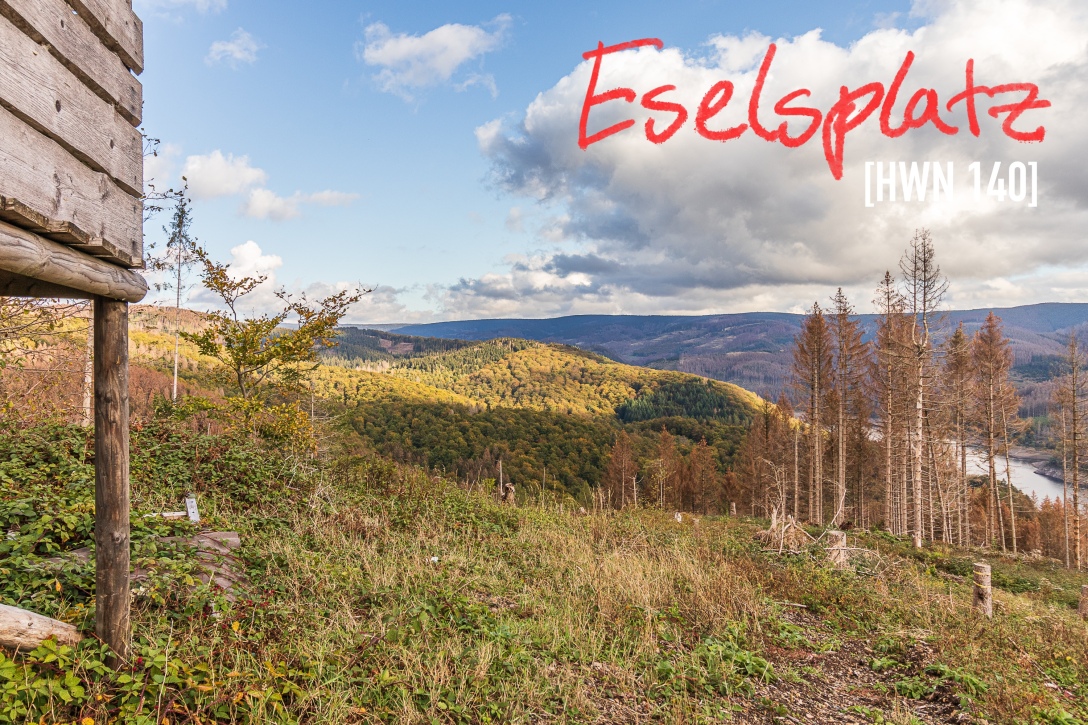 Hiking in the Harz is awesome. Especially when you do it with someone else, and not just by yourself.

A while ago, I hiked all the Way from Buntenbock to Osterode with my Mom. During that Hike, we also came past the Eselsplatz and collected our Wandernadel Stamps there. Today, I went there again with my Brother, but we started in Osterode, and we also finished there.

We started near the Graveyard and made our way up into the Mountains from there. It was great. But since it had rained a lot last week, the Path at the Eselsplatz was still very muddy.

But that was okay. From there, we then climbed up into the Mountains a little further.

From there, we were able to see the Sösetalsperre and all of the Woods around it, but only because a lot of dead Trees had been cleared from the Area.

There is just so much Stuff to see and do in the Harz, you could probably not see all of it in a lifetime. I had never been on Top of that Hill, but the View was stunning. I really liked it.

And after climbing back down, we continued on further into the Harz for a while.

There were many more cleared Areas, but there were also many more dead, probably Bark Beetle Infest Trees around. And that always looks really sad.

After a while we then had to head back into Town though, as we both still had other things to do. Today, we covered nine kilometres in just under three hours. Usually, I am way slower when I am out Hiking alone.

I just take way more Fotos, and sometimes even some Video, when I have the Forest to myself. But then I also do not get to talk to anyone, and talking to people is always nice.

I had a really great Time with my little Brother, who is actually way taller than me. It is always nice to spend some Time with Family. Or at least I really like to do that.

And I also really like it to spend some Time surrounded by Nature. Getting to do both really was awesome today.