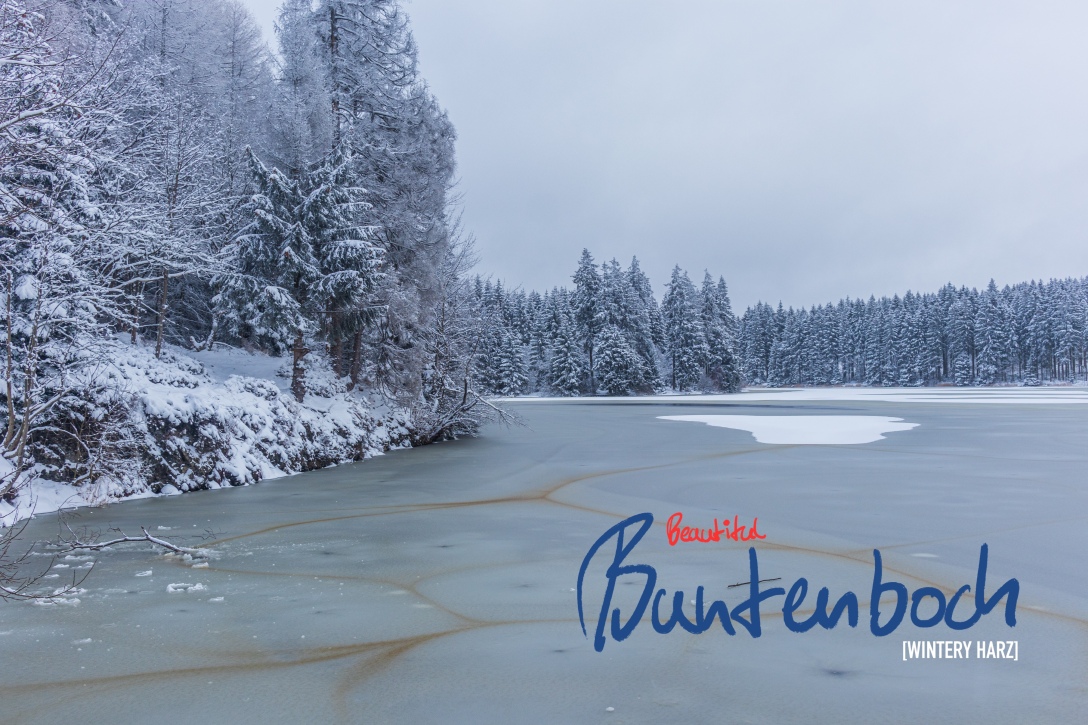 There are a lot of Teiche in the Oberharz. And a lot of those, including some of the most Beautiful, sit around Buntenbock between Osterode and Clausthal.

Today, I have visited just one of those Teiche. The Ziegenberger Teich. Coincidentally, that is also my favourite Teich in Buntenbock.

After arriving in Buntenbock, I quickly changed my Shoes and started onto the Trail towards the Ziegenberger Teich. Usually, that Path is easily visible.

But since there was Snow everywhere, that really was not the Case today. I could barely see where to go. But that was also no Problem.

After a while, I then arrived at the Teich without a Hitch. And the Place was even more Awesome than I had anticipated. There was a lot of Snow, and the Teich was beautifully Iced over.

Usually, I would have walked around the Teich before heading back to the Car. But there was to much Snow and several heavy Branches had already fallen.

And so I decided against that and just did some Photography on and around the Dam of the Teich.

It looks the best from there anyhow. You have a little Cliff, the Swedish Hut and the Teich itself. That Place really is Amazing. The Ziegenberger Teich is an awesome Place.

Sometimes I like to do some Product Photography. That can actually be a lot of Fun when you do it on your own Terms.

Today, I only had my Backpack with me , but that also makes a nice Foto Subject. And the Black LowePro makes for a nice Contrast with all the white Snow.

And the little red Swedish Hut provided me with a nice, desperately needed pop of Colour. I really like that Place.

I do not really know who owned the red Swedish Hut at the Ziegenberger Teich, but it is one of my favourite Subjects in the Harz.

Back in my Childhood, I used to visit Sweden a lot with my Family. Ever since then, that Colour is one of my favourite Red Tones. It is definitely beautiful.

But it is not the only Thing that makes a Hut Swedish. To get that, you need a Trim around the Edges, Windows, Doors and the Roofline. That is usually done in White. And it what makes or breaks the Hut.

After a while, I then headed back to the Car. On the Way there, it started to Snow. That made the Path even less easy to Spot, but off Course I found my Way.

As I arrived at the Car, a lot of People started to arrive in Buntenbock to go Sledding, I presume. I guess I was lucky to be able to avoid the Masses.

And I had a great Time at the Teich. It was awesome as always.