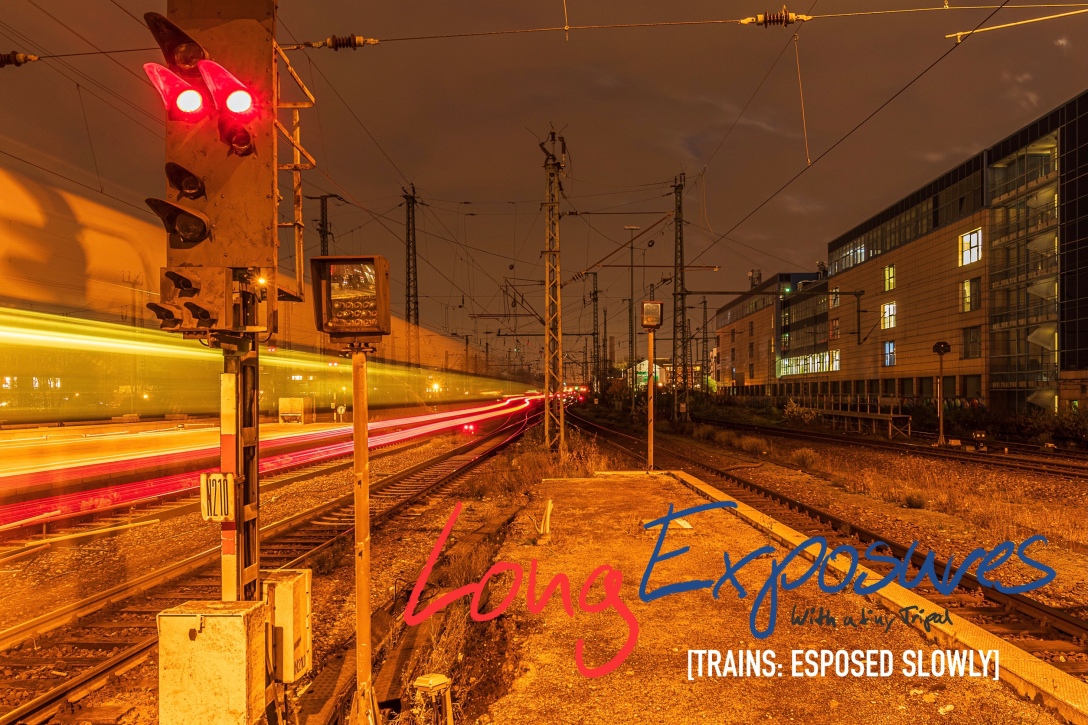 I do not like Tripods very much. But sometimes, I really do like it to do some Long Exposure Photography, especially of Trains.

Since I had an Appointment in Dortmund yesterday, and since I got there with the Train, I did some Long Exposure Photography in Braunschweig on my Way back Home. And I used the only Tripod I do not have a complicated Relationship with. My tiny Manfrotto Pixi.

Since I had chosen a very cheap Sparpreis Ticket, and since Train Schedules aren not always perfectly aligned, I had almost an Hour to spare in Braunschweig. And after getting a Burger for Dinner, I still had some more Time.

And since I had planned to do a little slow Train Photography anyhow, I just got to it. It was not that easy to find a good Place in the Station though, as there are Construction Works going on.

I think I got lucky though, and you can not actually see most of the torn up Ugliness that comes with refurbishing Buildings.

It is kinda funny, the Train I arrived on and the first Train that rolled through my Frame actually had the same Destination. They were just of different Train Classes, one Regional and one Long Distance.

Because of the Blue Streak that was coming from the Top Row of the Train. I really liked that, mostly because it creates a nice Contrast with the Red Train, but also because it kinda picks up the Station Signage.

I had to take two Fotos of that Train though, as I started my first Exposure way to ear

I also kinda like this Low Angle Shot of another Train arriving at the Station. To get that Composition, I actually used the Tilty Screen on my Camera instead of just firing up the App on my Phone.

It was way easier that Way. Also, I really love articulated Screens on Cameras.

Also, I really like it how Abstract that Low Angle actually looks.

After a while, I then boarded the last Train back to Osterode. That Journey was super Weird. First, there were a few People arguing on the Train, and after one or two Stations there were no People, except for me, the Driver and the Conductor on Board.

That was actually a little creepy, and I was happy to be able to disembark in Osterode. Also, I was really tired by then and barely made it back Home without falling asleep while walking.

I really like Trains. But I think I might look the very different and abstract Look of Slowly Exposed Trains even more. I think that those actually look very cool.

I also really like it to take the Train, even though it is a bit awkward right now for obvious Reasons. And I doubt that will change anytime soon.

2 thoughts on “Long Exposures with a tiny Tripod.”