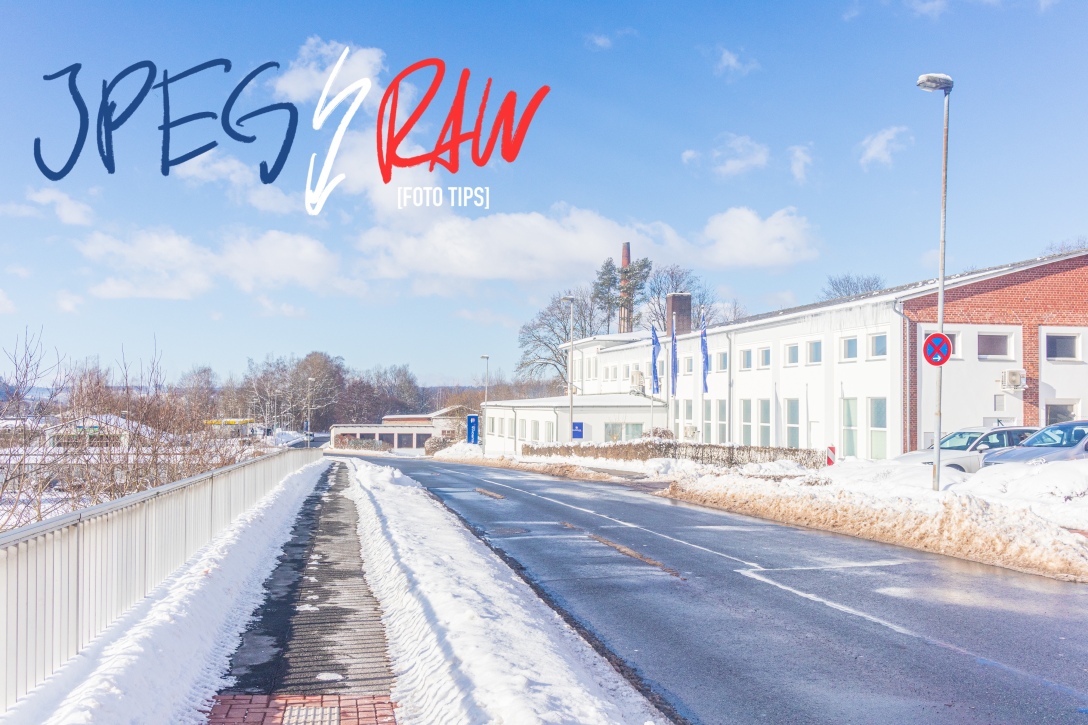 Digital Photography is great. You are not limited by how much Film you have and there is no waiting until it is developed. Also, you can preview your Fotos.

But most Cameras have multiple File Formats on offer, and every Format has its own set of Capabilities. I shoot RAW, but there is always JPEG, and on more modern Cameras HEIF.

But to know why I shoot RAW, you first need to know the Differences between all those Formats. I guess some already know, but here we go anyhow.

JPEG is the most ubiquitous Format there is most Cameras support it, and pretty much any System know how to handle the Files. JPEG is also commonly used on most Web Pages and Instagram, so I always export to it. Personally, I would never shoot in it though.

JPEGs are small Files. And that usually comes because they are Compressed by a lot. Most Settings, like White Balance and Picture Style, are also baked in to lower File Size. That is not good for Editing though.

HEIF is similar, but it compresses differently and is able to retain more Detail in an even smaller File. I have no Idea on editability though.

RAW Files on the other Hand usually are not at all or very little Compressed. Every Camera Manufacturer handles their Files differently though, sometimes even between Cameras.

In General, RAW Files offer way more Data to work with. That off Course gives Photographers way more Editing Flexibility. And that is great. Your Camera does not decide how your Fotos look, you do.

But RAW Files are also quite big, usually around 1 Megabyte per Megapixel. But Storage is cheep-ish. And they need to be processed to be used on the Web. So if you do not want to edit, go ahead and shoot JPEG.

Personally, I shoot RAW because I want that editing flexibility. I also do not really care for File Size, even though my Backup Drives are filling up again. Those do not cost all to much though.

And even though I usually do not do that much to my Fotos, except for some Lighting Corrections and Colour Profile Adjustments, RAW is better for me.

JPEG just does not work for me.

Today, I have been back at the Entensumpf.
It is weird how you can miss a Place that you have not been to, or even thought of, for a while.
Today, I tried out Lightrooms new Super Resolution Feature.