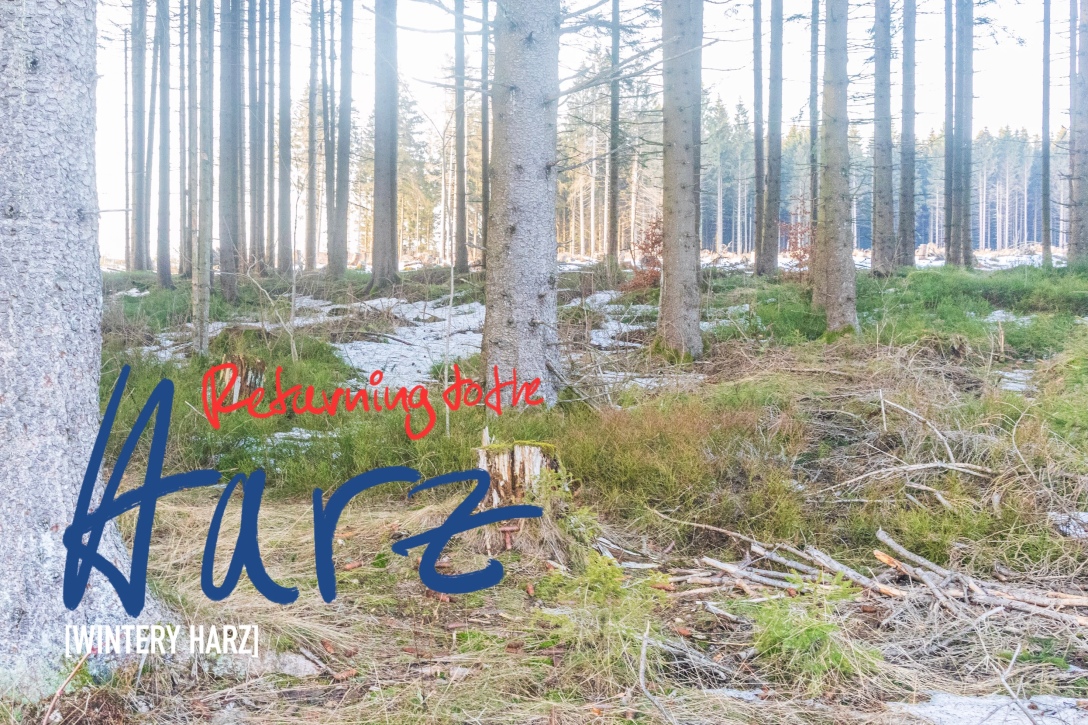 I really love it to spend some Time in the Harz, but because of the Weather, and because I was incredibly busy, I had not been up there in a while. I also had not been using the Car since almost two Weeks, so I doubted it would even turn on.

But since I had to check that, I just tried today. And to my surprise, it actually worked. Not right away, but after some trying. And because I thought that it would probably be good for the Car, I just drove around for a while.

After driving towards Seesen for a while, I decided that I did not actually want to go there around Münchehof, and so I took the Exit and headed up into the Harz towards Clausthal.

There is almost no Snow left down here in Osterode, but the Harz is also quite empty by now. It actually looks kinda sad.

All that is left are some Patches and those Hills that where left behind by Snow Plows. But knowing the Harz, there will probably be some more next Month or in the beginning of April. It has happened before.

But since I did not want to Stop just there, I continued on driving for a little while until I reached one of my favourite Woods just next to the Nassenwieser Teich.

And there was actually some Snow left behind in between the Trees. It really was not that much, but it looked beautiful. It was also full of Spruce Needles though, so the Snow actually looked a little dirty.

Being in the Harz seeing that little bit of Snow actually made me happy though. What was even more awesome was that the Sound of the Woods had also returned. There were some Birds singing their Songs.

The Harz definitely is a big Part of me, and it always be a Part of me, nom Matter where I actually live. The Harz in the Winter is usually especially Nice though. Especially when there is Snow.

But since I still was a little unsure about the Cars Battery, and since it was starting to get late, I just spent a very short amount of Time in the Harz. After a while, I just had to drive back Home.

But on a whiff, I then just drove into the Innerstetal until I reached the Parking Lot of the Prinzenteich. I would have definitely gotten Stuck there, it was still full of Snow. Probably about 10 centimetres (4 inches).

It was a great surprise for me that I was able to actually get the Car to turn on without any outside Help today. It had been sitting there on the Side of the Road for almost two Weeks under Ice and Snow, and in the freezing Cold.

I was sure that the Battery would be dead, but it was alive and well. Only the Battery in my Camera needed to be changed, and it is now charging.

And it was definitely awesome to be able to go back up into the Harz, even though I really only stayed for a little Moment.