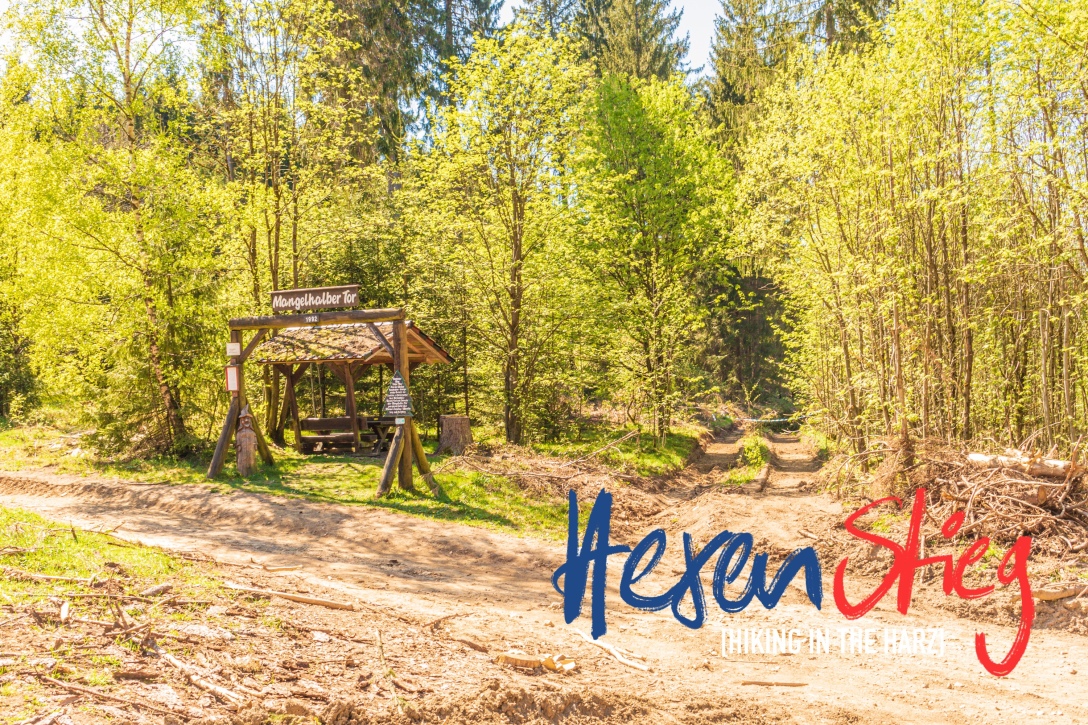 Starting in Osterode, the Harzer Hexenstieg is just under 100 kilometres long in its entirety. While it is a ‘short’ Trail in the grand Scheme of Things, it is the longest official Path in the Harz.

One Time, I actually walked the first Stage of the Hexenstieg in Reverse from Buntenbock to Osterode with my Family. I also hiked Parts of other Stages over Time. But I never even thought of taking the whole Trail. And I doubt I will, at least not for a long Time.

Today, after finally being able to get my Hair cut, I found a Special Wandernadel Stempelstelle right in the middle of Osterode. It was not actually at the official Starting Point of the Hexenstieg, but I heard that might be moved there.

From Osterode, the first Stage leads all the Way from Osterode to Buntenbock from where you then make your Way towards Torfhaus in the Hochharz. There, you can either take the Route via the Brocken to Königshütte, or you can skip the Mountain and hike a slightly longer Path.

Arriving in Königshütte, you then have two Choices again, both having the same Length and ending in Altenbrak from where you then can Hike towards Thale and the Hexentanzplatz, where the Hexenstieg ends.

Along the Hexenstieg, Hikers are able to take Overnight Brakes either in the Towns at the Wayside or in the so called Köthen. That is only disallowed in the National Park.

There are also several Wandernadel Stempelstellen, depending on the actual Path you take. A special Wandernadel is also offered to those meeting the Requirements sat forth by the Society. You need to collect nine Stempel, including the Eselsplatz (140] and the Sonnenklippe in the Bodetal (069).

Should you choose to Hike the Hexenstieg, it will take you through the deepest Forest, up Mountains and along the Oberharzer Wasserregal but also through Cities and agricultural Areas. It is a really diverse Trail.

I always knew about the Hexenstieg, but I doubt I will ever Hike the entire length of it, or at least not at once. I can however imagine walking single Tages of it one at at Time, maybe even cutting some of the longer ones into Multi-Day Journeys.

But for now, I am perfectly happy just collecting Oberharzer Teiche instead of Wandernadel Stempel. I have got most of the ones that are in the immediate Area around Osterode and Clausthal anyways, or at least I think so.

Finding that Sonderstempel here in Osterode after my visit to the Barbershop kinda re-ignited my Passion for the Wandernadel though. Even though it does not count towards the Total of collected Stempelstellen, I renewed my Interest in becoming a Wanderkönig.

I still need about 20 more Stempel for that though. That might actually take me a while. I think there might be another two in my self imposed 15 kilometre Circle around Osterode.*

*There is a Ban Mile in Effect for Communities that pass a certain Number of COVID Cases per 100,000. Those Communities have to impose that Ban themselves, and mine never reached the Threshold, but being careful never hurt anyone.