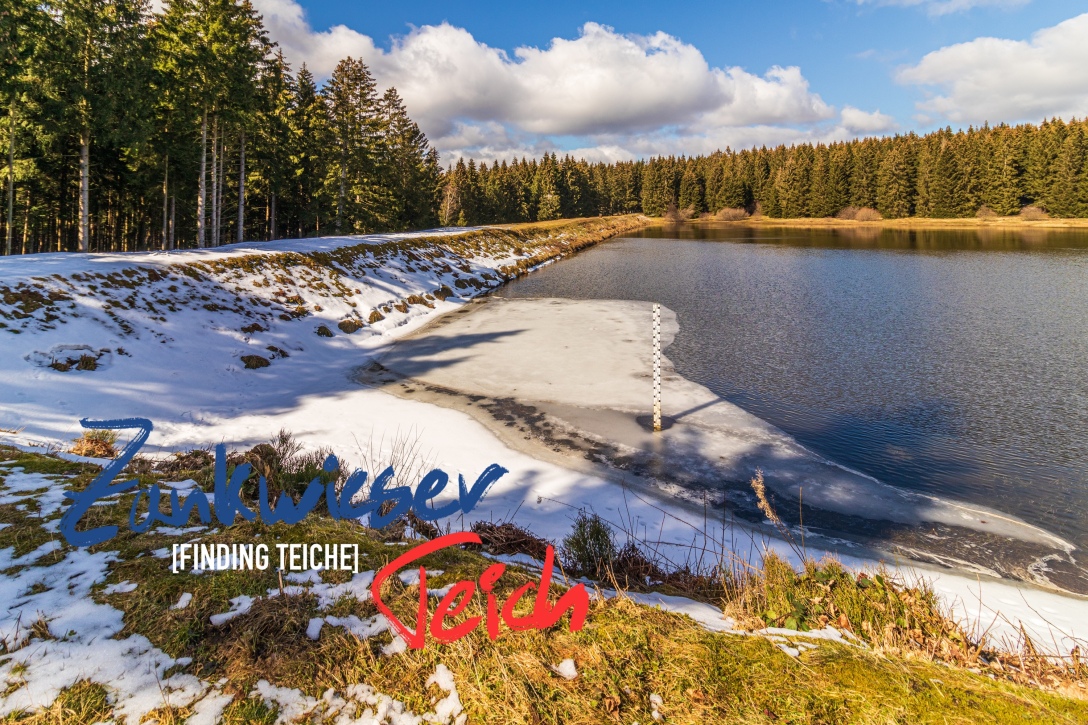 My Name is Robin, and I really love Teiche. That is how I would announce myself if it would ever try to work for the Harz. I do not do that, but the Thing about Teiche is for certain.

And so, since I had some free Time available today, I drove up to Festenburg to Find yet another Teich.

After I parked the Car, I first headed to a Teich that I have already visited once: The Kiefhölzer Teich. Going that way would make for a more Interesting, and also slightly longer Route to get to my Destination.

But first I sat down on a Bench there to make a few Phone Calls and also to re-tie my Shoes. Those Laces really are not what they are supposed to be. My Shoes always open up way to easily, even when I double up the Knot.

From there, I then started into the Woods along a beautiful Graben to get to my actual Destination. That Path was very rooty though. I still liked walking along there a lot, the Light was extraordinarily beautiful today.

After a while of walking along that Graben and taking the occasional Foto or two,I then arrived at the Teich I wanted to Find after climbing up its Dam: I arrived at the Zankwieser Teich.

At its Base, there was quite a swampy Smell in the Air, but on Top of the Dam, that was gone. There, I was greeted by some beautiful Sunshine. It was actually kinda warm up there.

The Teich however was a bit of a let down though. It was not at all how I expected it to be.

Originally, I had planned to go straight back to the Car from the Teich, but because there was not a single Bench there, I decided to head back to the Kiefhölzer Teich to have a little Picnic there.

Having Lunch out in Nature is always nice. It even makes the Food taste a little better somehow. But I guess that is just because I really love it to be outside.

Afterwards, I had two Choices. I could either walk back to the Car the Way I came, or I could take the longer Route around the Kiefhölzer Teich I ended up doing just that.

Just this January, I had walked around the Kiefhölzer Teich once already, and so I kinda knew what would be coming.

But as always in Nature, a few Things had changed. My favourite Tree was still right where it stood the last Time, despite several Storms coming through the Area in between.

It also still had its little Window through the Woods. That Framing actually made it my favourite Tree there in the first Place.

Finding Teiche definitely is not the worst Obsession to have. It lures me out to Nature with such persistence and force that I usually can not resist. When I see a Teich I have not yet been on the Map, I just have to go out and Find it.

Luckily, there are still a few of those out there. It is going to take me a while to get to them all still.

But that is good. Being out in Nature, Exploring the Area and learning more about the Oberharzer Wasserregal is always nice.