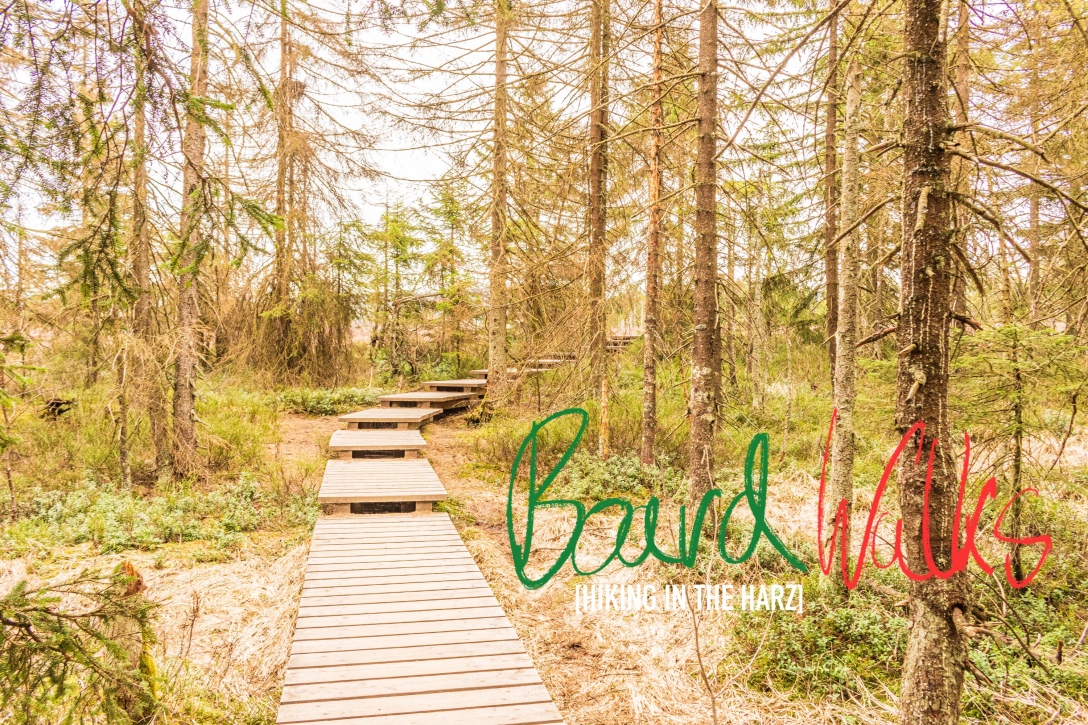 Hiking through the Harz is always awesome. There are just so many Paths to Explore the Area. A lot of Trails lead Hikers from A to B. Overall, there are probably hundreds, if not thousands of kilometres of Hiking Infrastructure scattered about the Place.

Some are narrow, and some are wide. Sometimes though, like when there is a Bog like the Torfhausmoor, traditional Paths just do not work. They would probably go under in the muck.

That is where the Boardwalks come into play. They lead across those Bogs and allow us to Discover Places we would otherwise never see. They also look really fabulous in Fotos.

The Boardwalk at the Oderteich is one of my Favourites in the Harz. It carries the ‘Oderteichrunde’ across a boggy Area at the East Shore of the Teich.

It is also one of the first Boardwalks I have ever encountered here in the Harz. Yesterday, I had originally planned to visit that Place, but it was locked off due to Tree Felling Operations.

There are just to many dead beetle-infested ones around the Oderteich. Usually, they get left in Place since they do happen to stand in a National Park.

But the front Part of the Oderteich near the Dam is a popular Bathing Spot in the Summertime, and so it had to be done.

In the Hochharz m especially around Torfhaus and the Oderteich, but also around Oderbrück, there are actually many boggy Areas. Because of that, there is also a significant Number of Boardwalks present in the Area.

While some of them are shorter, others are longer. All those Boardwalks are in varying stages of upkeep. They are usually also very much unique in their Construction.

The old Type is slowly but surely being replaced with a much nicer, wider System though. That should make it a bit easier for Hikers to actually pass each other.

Since I was unable to Hike around the Oderteich yesterday, and since I still wanted to do something nice, I quickly decided to visit another Boardwalk in the Area.

Since I already had been at the ones around Oderbrück though and had found them not very photogenic, I had decided to visit the Torfhausmoor.

The Boardwalk there is actually extremely beautiful and very well maintained. There are ben a few Benches integrated. It does have a whole lot of Steps though. But I really do like steppy Things in the Woods, so that was a Bonus for me.

Without those Boardwalks, several outstandingly beautiful Places in the Harz would be completely inaccessible to Hikers and Explorers alike. You just could not see some Places without them.

I believe in strong conservatory Principles after all. One of those is not to litter, and another one is to never leave the official Paths. Those two are especially true in National Parks, where you can also insure heavy Fines for any wrong doing.

Those Fines are good, but there is just not enough Personal available to enforce all those Rules. And too many People just do not care as much about them as I do.

I will always love those little Boardwalks across the Bogs of the Hochharz. They do not just take Hiking Paths through otherwise inaccessible Areas, they also invite Hikers to linger for a while.

While they are definitely beautiful in that Way, they are just stunning as Foto Subjects. And those are what I am all about, after all.